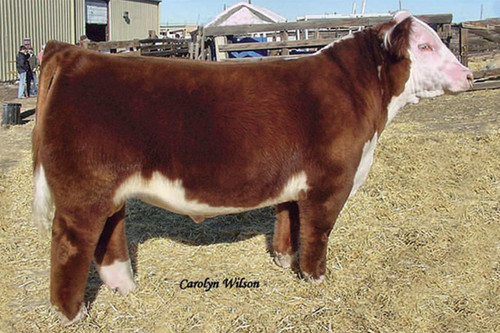 Cyrus is a son of BR Moler, the National Champion Hereford Bull, 2005 NWSS. He is backed by the very successful show heifer for Luke Schroder, CRR D03 Cotton 356. Cotton has wrote her own chapter in history. As a calf she was named the, Champion Polled Hereford Heifer, 2004 National Jr. Hereford Expo, the American Royal and the NAILE. Cyrus has the rare ability to transmit genetic success at a highly consistent rate in both male and female progeny.