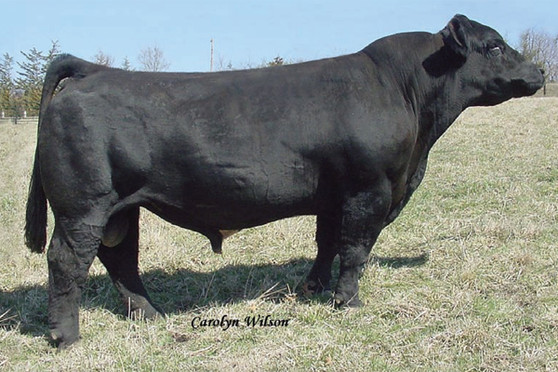 This Simmental bull is destined to be a breed changer. Cookie cutter calves is a term we associate with Muhammad’s calves. His progeny are long fronted with tons of hair. This TH & PHA Free bull is being used by many breeders with carrier cows from border to border. Plus, he’s a great out cross for Dream On genetics. Muhammad has sired the Grand Champion Pen of Three Percentage Heifers, 2007 NWSS and the Reserve Grand Champion Pen of Three Percentage Heifers, 2008 NWSS. Muhammad’s daughters are making awesome cows, with beautiful udders, consistent birth weights and style to burn. This bull can do it all, from the show ring to the pasture. He is the one to try for 2010. Plus, Muhammad’s sire, Mr. MT and his dam, Nichols Julia F34 have both written their success stories right here. Both his sire and dam have passed on the ability to transmit genetic success at a highly consistent rate in both male and female progeny.