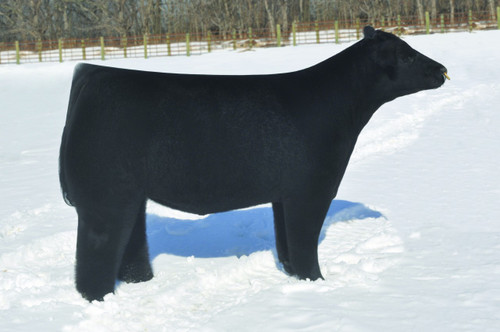 This one will only become more popular next year when his first calves hit the ground. Perhaps one of the neater necked and fronted Monopoly sons available.

He has Chiller and New Design in his Maine Anjou Pedigree so body depth and top-power should be prevalent.

Females by Monopoly Money should be equally as valuable as the males.

His sire, Monopoly has proven himself as a consistent sire of quality cattle and we think this young standout will continue that tradition.

Money In The Bank