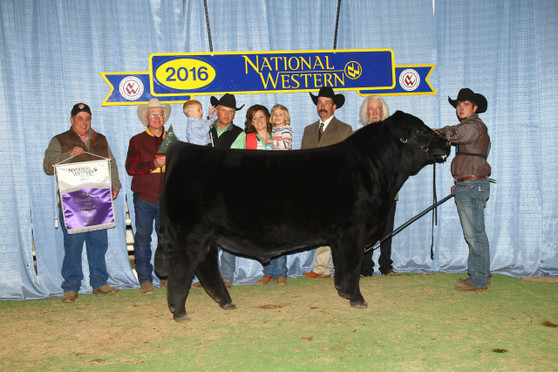 SIRE: HTP/SVF DURACELL BY DREAM ON

DAM: RP/MP RIGHT TO LOVE 015U BY BUILT RIGHT

The longer we sell semen the more we recognize that people want calving ease, especially on their first calf heifers. Yardley's have bred their heifers to Loverboy consistently for the last three years and have got along awesome! The best part is that you have a marketable calf when it is all said and done.

The easiest calving heifer bull in the breed. "We have calved over 60 heifers out of him the last 2 years and never had to pull a calf. They really grow and wean heavy."-Gib Yardley