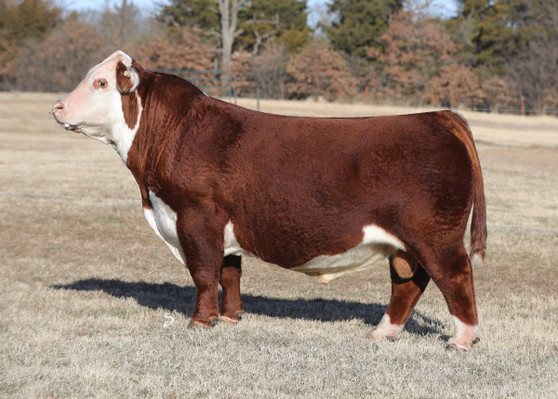 Chicago was the Reserve National Champion Polled Bull in 2017 at the NWSS.  Sired by CRR Catapult 109 and out of the famed Chez Strawberry Wine 2015 Res National Champ Female, one of the most powerful and eye appealing cows in the Hereford breed.  Chicago’s sisters have been some of the most sought after females in the industry and proven they have the same potency and power as their great dam.