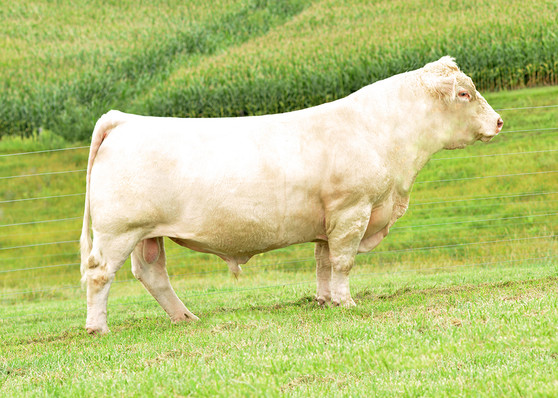 Gunsmoke has only been used in Eastern Iowa at Eric Noonan's Herd in Bernanrd, Iowa until this year (2015).

With only this small sample of opportunities Gunsmoke has sired national level show quality with calves selling for as much as $21,000 out of the pasture.

All resulting progenty from this purebred Char bull register as composite Char for the show ring.

We look forward to what the coming years will bring for this outstanding bull now that semen is available to the public.

Many Time Champion Breeding Heifer in 2014