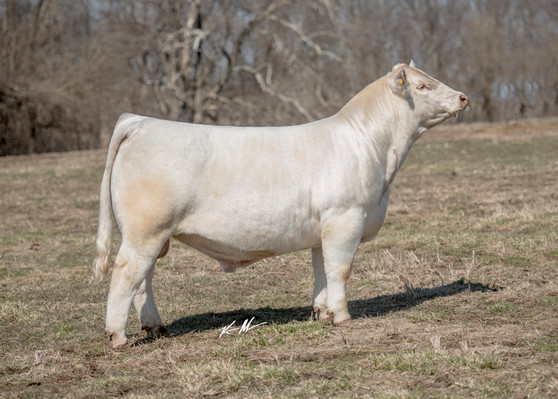 Redemption represents generations of genetic predictability in the Charolais breed. You will be hard pressed to find an individual that combines the power, performance and structural integrity, along with the most unique and perfect design and impeccable look in a purebred Charolais like it is in redemption. His dam was the 2014 American Royal Junior Show Grand Champion Female and full sister to the current National Champion Female, WC Kendall 5173. Redemption is that rare find of power, look and predictable pedigree that can truly change your cow herd in ONE GENERATION. If you're serious about the Charolais business or that discerning cattleman that appreciates the good ones, Redemption is the answer.

He himself in a short career was selected as the 2017 American Royal Breeders Bull Classic Champion Bull. He is also was the anchor bull in the Champion pen of 5 Charolais Bulls at the 2018 NWSS and the Nationals Spring Bull Calf Champion for Wright Charolais and Cody Cattle Company.