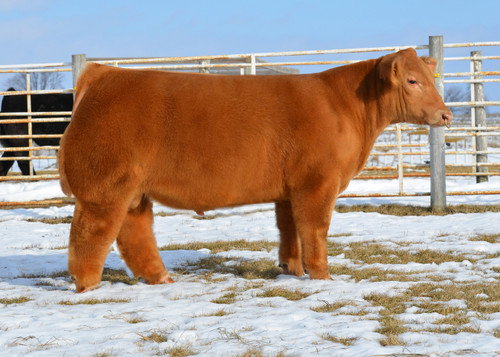 Dam: Full Sister to the Dam of the 2015 NWSS Grand Champion Steer

American Sniper, you saw the movie now come see the bull that will pick off the fans of those that were fooled by another bull's picutre.

Here's a bull that is sexy necked, clean sheathed and has a killer look.

Did I mention he is great haired like a carrier, but is TH and PHA free?

We (Lautner's) raised him and this calf has never had a bad day in his life.

He's out of a cow bred just like Crimson Tide.

See him at the bull stud 24/7 and see why he is a sure shot to use on your carrier cows.

Answer To No One